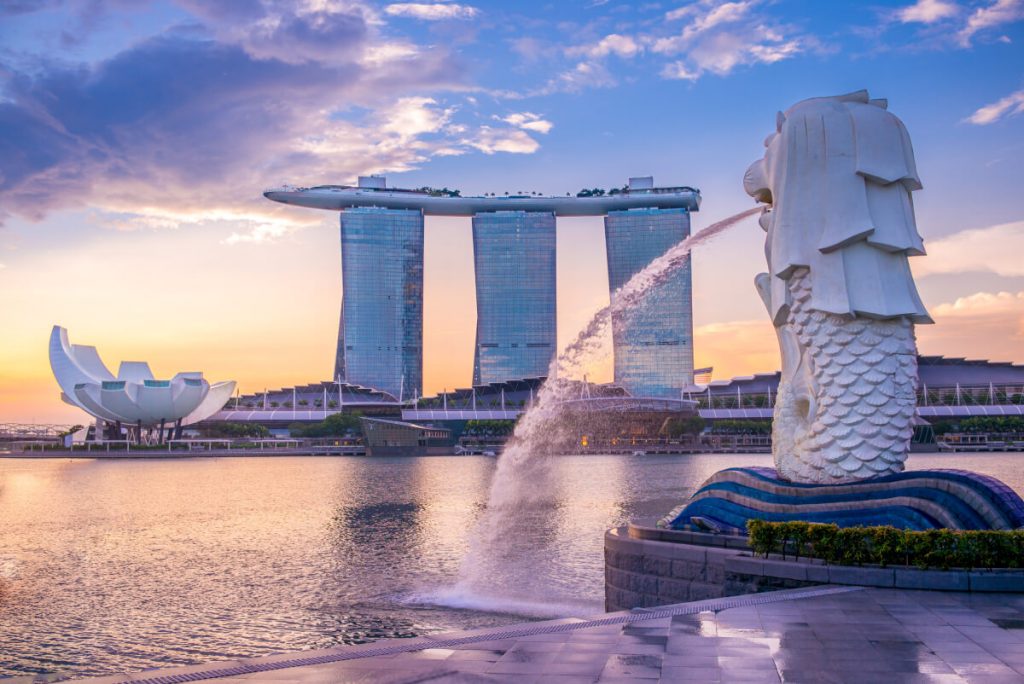 A Bright Future: Shaping The Culture of Entrepreneurship in Southeast Asia

Home to some of the world’s fastest-growing markets, the past decade saw the rise of more than a dozen unicorns in Southeast Asia, leading the charge in the expansion of the digital economy across the region. The surge in startup success stories from the likes of Grab, Sea, and GoTo shows the promise of the region’s internet economy, and more tech startups are only expected to emerge in the coming years. With some 400 million internet users and home to many young, mobile-first consumers, Southeast Asia has the opportunity to outpace the rest of the world in areas like e-commerce, smartphone-based businesses, and fintech.

Today, Southeast Asia’s micro-, small- and medium-sized enterprises (MSMEs and SMEs) account for over 99 percent of businesses in the region. Backed by a cultural legacy of entrepreneurship, a young, urbanized population, and a digital economy now valued at US$300 billion — the opportunities to grow and scale are not lost on investors. According to Jungle Ventures, valuation figures across Southeast Asia’s tech ecosystem are forecast to hit a whopping US$1 trillion by 2025. With strong interest from investors looking to increase their exposure to the growth profile of this region, it’s clear that the region’s startup ecosystem has come a long way, in a short period of time.

Entrepreneurship lies at the heart of the region’s socio-economic landscape. In fact, with over 70 million MSMEs and SMEs in the region today, the appetite for owning and running businesses appears to be somewhat ingrained in the continent’s cultural fabric; and thanks to improved education, technological advancement and increased government investment, the region is now witnessing the rise of a new generation of entrepreneurs and business leaders, across different cultures, backgrounds, and expertise.

From family-run stores to startups, SMEs are a vital source of income and employment in Southeast Asia, and have a widespread presence outside major cities, creating opportunities for work and development in small towns, suburbs, and rural areas. The overall economic growth of the region, combined with burgeoning youth populations and increasingly urban middle-class consumers all come together to create an environment ripe with opportunity for the region’s emerging entrepreneurs. Compared to larger, more established markets like China or India, Southeast Asia is still an early-stage market for venture capital investments — but if the recent fundraising successes of unicorns such as Grab, Carousell, and Bukalapak is any indication, there’s no doubt that startups in Southeast Asia are on the rise.

When one size doesn’t fit all

A market ripe for disruption, Southeast Asia is home to a wide demographic, cultural and linguistic diversity, with many of the countries in the region at various stages in their economic development. According to Monk’s Hill Ventures, roughly half of Southeast Asia’s US$3 trillion GDP is driven by the service sector, yet inefficiencies exist in all of its industry verticals. This gap is where entrepreneurs and SMEs in the region are reimagining business models using tech to create value. Singapore is the economic leader in the region, with the nation’s well-established global connections, advanced IT infrastructure, and sound regulatory foundation making it an ideal place for businesses and startups to flourish. While emerging markets like Indonesia and Vietnam — the latter boasts one of the best tech talent pools across the region — are fertile ground for new businesses to develop innovative, out-of-the-box solutions to existing problems plaguing the market. While the region is already highly interconnected in terms of commerce, the impact of its cultural diversity means that taking a one-size-fits-all approach is not likely to be very effective.

Instead, there is a need for entrepreneurs to identify and address their markets’ pain points on an individual level. For this reason, rather than borrowing from old approaches from the West, founders in Southeast Asia have to reinvent the wheel and recognize the cultural and operational differences unique to each market in the region. This could be the level of digital literacy and existing infrastructure or simply consumer habits, for example in Indonesia cash is very much still king while in Singapore digital and card payments are the norm. By addressing expectations and needs on a country, rather than regional level, businesses will be in a better position to capture the market and deliver exceptional services to their target audiences. This could, for instance, look like giving local teams the autonomy to adjust products, processes, and prices in line with local expectations. That said, while each country in the region is very different, there is much evidence on the ground of economic collaboration, and business conversations in one country often cross borders when it comes to expansion plans, partnerships, capital sources, and access to talent.

Within the region’s emerging markets, the absence of legacy infrastructures has made it so that many of these entrepreneurs are not burdened by the red tape of bureaucracy and established processes. Many giants in the e-commerce space, such as Lazada, Shopee and Zalora come to mind — by developing their own infrastructures such as logistic fleets and digital banks these players streamline processes and ultimately better serve the needs of their customers. Compounded with mass urbanization across the region, technology has made it much easier for new players to enter the startup space — whether they are MSMEs, or SMEs pivoting to digital. With some of the highest rates of mobile and internet penetration in the world, the region makes for an intensely technologically savvy and literate populace, open to innovation and disruption.

Just like the rest of the world, Covid-19 has served as a catalyst for digital adoption within the region, as consumers had no option but to go online for shopping, banking, and education, among others. Undoubtedly, they are expected to maintain much of their reliance on digital services, as the region continues to leapfrog to new levels of digital adoption, especially in areas like commerce and finance. With the ongoing proliferation of digital services, it is crucial for businesses to keep up and adapt to these changes or risk getting left behind.

Innovation is an integral part of Southeast Asia’s digital identity, and a practice that will continue to keep the region vibrant and competitive. Therefore, it is imperative for entrepreneurs and talents to embrace innovation in order to stay relevant internationally, particularly when it comes to digital transformation. As long as businesses continue to stay up-to-date and open to new business opportunities, and pursue new breakthroughs in technology, Southeast Asia will be able to remain appealing and maintain its edge on the global stage.